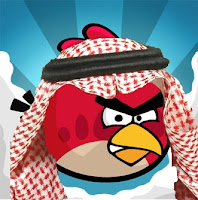 Excuse my under-average photo editing skills please.
I have had this urge to blog again for a few days. The problem is, I really can’t think of anything to say, maybe I’ve raised my expectation bar too high and now everything I write doesn’t sound as good to me.
Maybe it’s the daily routine that repeats itself from morning till 5 pm every day: waking up, breakfast, work, and since it’s January, rapid cooling of my 37°C blood to freezing point where I lose all feeling in my extremities until I bump my knee against the car door. Then come the traffic lights, oh God the traffic lights gathering angry-woke-up-on-the-wrong-side-of-the-bed Ammanis, drivers that are insulted by the fact that there are cars ahead of them, I mean can you believe how outrageous it is not to be the first in line? Wait, that’s not right, the first in line at the traffic light is actually the even angrier driver that couldn’t go through while it was still green because of the stupid scumbag that was in front of him.
Yes, angry Ammanis, they arrive to work at 08:15:10 and curse whoever set the rules to allow them to be 15 minutes late instead of 20, but never mind that, that was not my original point.
After settling in my office and drinking my please-make-my-blood-liquid-again cup of tea (yes tea, not coffee, don’t hate), I check my email and social networking accounts for the daily dose of, for lack of a better word, socializing.
Facebook for family and real life friends while Twitter for, as some say, people you wish were your real life friends. What I [used to] like about Twitter was the educated, civilized, well-mannered people that once upon a time gave me hope when my Facebook homepage consisted of quizzes and daily horoscopes. I would actually log on to Twitter to learn stuff, open a whole bunch of links in new tabs,  perform whatever tasks I had for work and then read all those open tabs (who also give birth to new tabs) until my brain is happy and active, I even had a ‘to read later’ folder.
But that’s all gone now.
The Jordanian Twittersphere post Arab spring is 99% different than what it was before. Avatars of faces, shoes, cartoon characters and football club logos have turned into flags, slogans, all-black spaces, pictures of detained activists or any other sign dissatisfaction with anything and everything.
I can even predict my entire timeline for a day before checking it:
@Person1 tweets a link from a news site with a comment on how the government is not doing what people want it to do.
@Person22 (not a typo) jumps to object defending the government like it’s being attacked by bombs not words, tags 3 or 4 people s/he knows will instantly join to defend, they jump in, people from @Person1’s side also jump in with sarcastic remarks (which is the only part I still enjoy), 22 takes things oh-so-seriously that you feel they might have broken their keyboard typing the tweet, things get ugly until someone who’s on good terms with both parties calms them down.
Until the personal attacks start, that is. Because you see, a person who criticizes the government (or any governmental entity actually) must really hate Jordan and Jordanians, why? Because if you love Jordan then you have to even love the corrupt parts about it. Because if you like apples, then you must like rotten apples as well, right?
Of course what would normally follow are lectures about loyalty, how to love Jordan, what really needs reform (they all agree that it’s Jordanians that need reform, other Jordanians mind you, never themselves.)
And there goes any inspiration to write anything, I just sit there frustrated, reply to every tweet that is not about reform or politics (except for the foursquare check-ins, I think we’ve established a long time ago that no one cares if you’re standing on the sidewalk) then close Twitter in an attempt to forget how divided we are, only to be reminded again on my drive home from work by angry had-a-bad-day-at-work Ammanis that are either too exhausted to even honk when the light turns yellow (shocker!) or too irritated that they’ll tailgate the crap out of you for not allowing them to merge.
It feels good to be back.
Posted by Rand at 2:03 PM Labels: Amman, Jordan, ReformJO
Email ThisBlogThis!Share to TwitterShare to FacebookShare to Pinterest